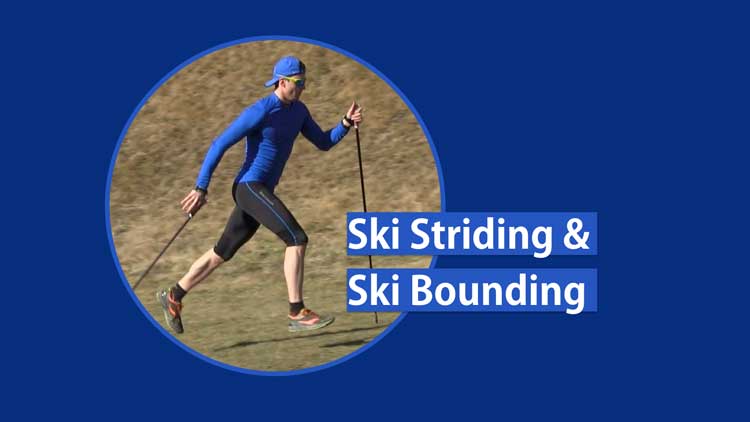 What is Ski Striding?

Ski Striding is a form of summer or dryland training for cross country skiing. The idea is to mimic skiing movements even though there’s no snow and you aren’t on skis or roller skis.

Pros and Cons of Ski Striding

The major limitation of ski striding is there’s no glide phase, which means you can only approximate on-snow ski technique. However, ski striding is still an excellent off season training tool for cross country skiers:

Just like every other nordic ski technique, the basic body position for ski striding is the athletic stance with a forward lean. When ski striding you are continuously falling forward, which is why it’s always done uphill.

Explosive, running-like movements uphill increase the risk of injury. Ski striding can lead to injuries such as pulled hamstrings, Achilles’ tendonitis, plantar fascitis etc. Adequate warm ups and extra mobility work can help mitigate the risk, but it’s still best to progress slowly. Often you won’t know if you’ve hurt yourself until the next day.

In this course you’ll find a range of ski striding activities, including ways to mimic both skate and classic ski techniques, transitions and varying intensities.

This course was produced in partnership with Cross Country Canada Ski de Fond (CCC) and was filmed spring 2017 at the Canmore Nordic Centre.

Lessons in this Course:

Nordic Ski Lab is an online learning platform and international community of skate and classic cross-country skiers and coaches.